Within the Activities of the Climate Conference COP27: Ministry of International Cooperation Announces the Signing of Joint Development Cooperation Agreements with Germany worth 160 million euros 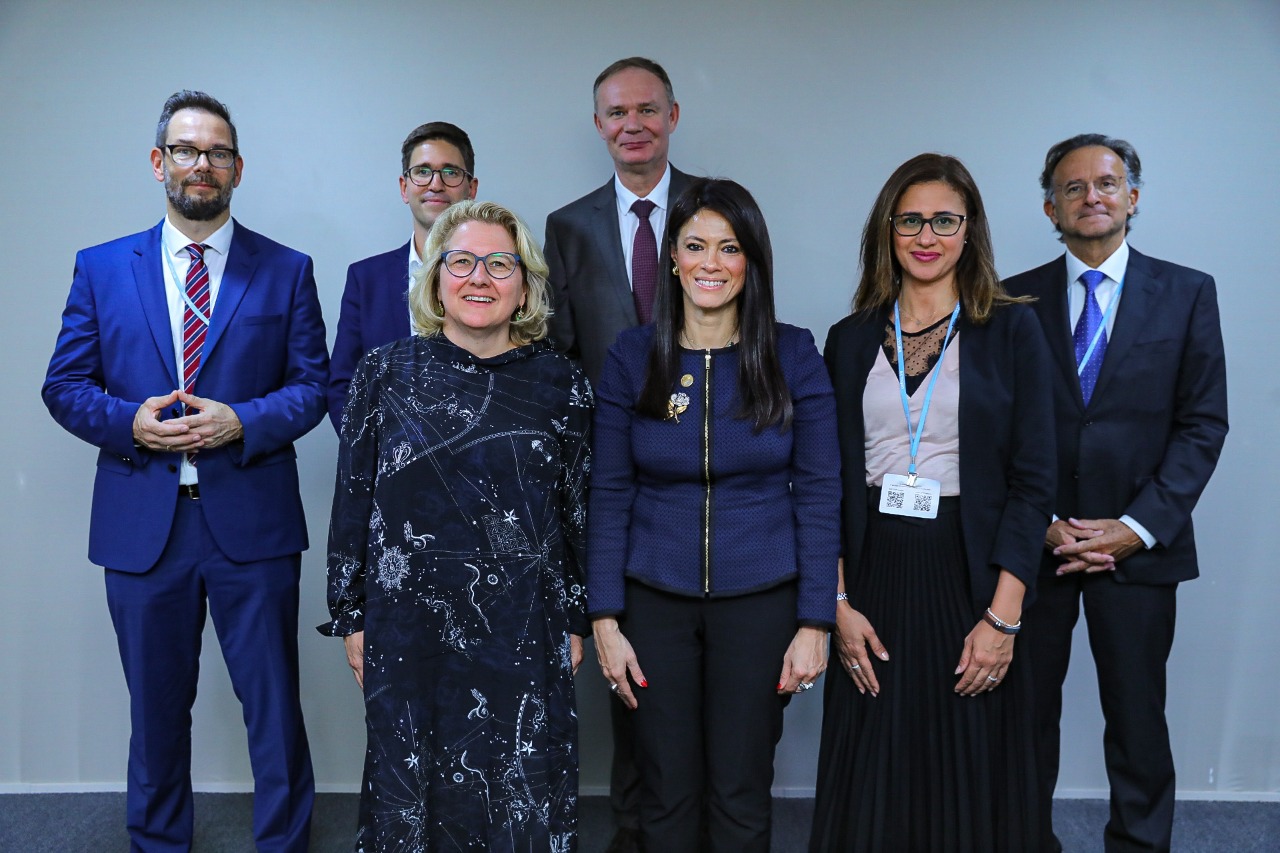 • Al- Mashat holds a bilateral meeting with Schulze and confirms the depth of Egyptian-German relations reflected in the Joint Political Declaration in support of the NWFE Program.

• The two ministers are discussing preparations for the Egyptian government negotiations scheduled for the end of November.

• Minister of International Cooperation: Preparing a document on the governance of the Egyptian-German debt swap mechanism to share accumulated experience with other countries

The Ministry of International Cooperation announced the signing of 9 joint development cooperation agreements with the German side worth 160 million euros in many development sectors, including the development of technical education and infrastructure development, in the light of multilateral cooperation efforts to stimulate the state's agenda for sustainable development and 2030 and promote green transformation.

This was part of the United Nations Climate Conference COP27, which was chaired and hosted by the Arab Republic of Egypt in Sharm el-Sheikh from 6 to 18 November, and a continuation of the partnerships announced with multilateral and bilateral development partners in support of the National Development Vision and the National Strategy for Climate Change 2050, and the implementation of nationally defined contributions.

Following the signing events, Dr. Rania Al-Mashat, Minister of International Cooperation, held a bilateral meeting with Ms. Svenja Schulze, German Federal Minister for Economic Cooperation and Development, to examine the areas of joint cooperation within the framework of the State's development priorities and the position of ongoing projects implemented with Egyptian ministries and stakeholders; In addition to discussing Egyptian-German cooperation under the umbrella of the National Platform for Green Projects program "NWFE", and preparing for the Egyptian-German government negotiations for 2022.

The Minister of International Cooperation stressed the importance of the Egyptian-German debt swap mechanism and the accumulated experience of the two countries in the governance of this mechanism. Noting the need to prepare a joint document on the governance of the debt swap program between the two countries, especially at this time when the world is reaffirming the importance of this mechanism to support developing countries and emerging economies in their efforts to overcome global crises, in order to share these experiences with other countries.

For her part, the German Minister commended Egypt's joint efforts and initiatives during the climate conference reflecting its concern for climate action and financing the transition to a green economy.